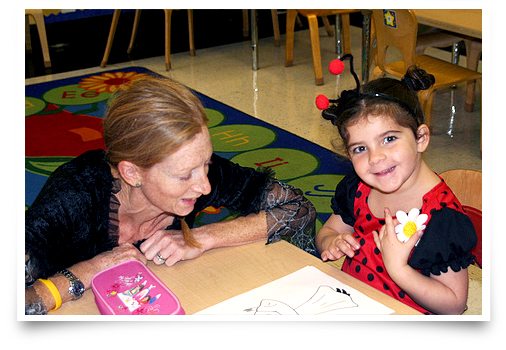 Marc is a veteran teacher from Bordeaux, France. He studied at Ecole Normale in Bordeaux and earned an M.A.T. at Georgia State University. He recently received the distinction of "chevalier dans l'ordre des Palmes Académiques" from the French Ministry of Education. Marc has varied experiences including heading the Foreign Language department at The Lovett School, teaching course at the Alliance Française and coordinating exchange programs with school children in France. Marc brings us his experience from the French-American bilingual school in Berkeley, CA where he acted as curriculum coordinator for the French program.

Michel J. Lopez graduated from the University of Montpellier with a “Diplôme Universitaire de Technologie” (specialization in international trade). Michel also studied at the University of Sorbonne Paris IV where he earned a Bachelor’s in Languages and International Business in English and Spanish. More recently he completed a Master degree in French at Georgia State University where he also earned a teaching certificate. From 2009-2012, he taught French as a Visiting Instructor at Georgia State.

In addition to his academic credentials, Michel has a wide experience in the business world. He worked as an export assistant for Vilaro (Viticulteurs du Languedoc-Roussillon) in Brussels, and also acted as customer liaison and coordinator of bank account operations with CBC Bank (third largest bank in Belgium). In 2012, Michel joined the French American Chamber of Commerce in Atlanta as marketing assistant and served in that role until late 2013. Since leaving the FACC, he has been teaching classes and private lessons in French at Alliance Française.

Daniel was born and raised in Trois-Rivières (Québec) and is a native French speaker. He graduated from U.Q.T.R. (Université du Québec à Trois-Rivières) with an education degree (French language for native speakers, secondary level). During his Master’s Degree in Études Québécoises (Quebec Studies) Daniel moved to Louisiana and started teaching French in an elementary school in Plaquemines Parish.

He then moved to Georgia and taught French in the Lumpkin County and Coweta County Schools. He has taught French at The Lovett School in Atlanta from 2001 to 2013. He teaches now at Our Lady of Mercy Catholic High School.

Catherine is a native of France where she completed her undergraduate studies. She has extensive experience with pre-school children and bilingual education. For several years Catherine directed her own day care center before joining Ecole du Samedi. She has been teaching the Bout'chous course since 2006.

Myriam Chedouteau completed her undergraduate studies with a focus on foreign literature in Montpellier, southern France before entering the French National Education system. She taught English and German in several middle schools in France (grades 6-8) for a period of 10 years. During that time Myriam completed several workshops focusing on using games to learn languages and differentiate instruction. Myriam is married and has 2 children (a 18-year-old boy and a 14-year-old girl). She moved to Atlanta with her family eight years ago and she currently teaches pre-kindergarten in Lawrenceville.

Tori began teaching at Ecole du Samedi in 2003. She also teaches French full-time at Sarah Smith Elementary in Atlanta. She is from North Carolina and studied at the University of NC at Chapel Hill. Tori began learning French in high school and has been blessed to have many opportunities to travel to France. She lived in Valence in the Rhône-Alpes region for a school year and taught English to elementary-aged school children. Since then, she has had many opportunities to perfect her language skills, learn new research-based strategies for teaching French and immerse herself in cultural events around the city.

Thomas is the father of Anne-Charlotte (13 yo), a student at the Ecole du Samedi since 2014. He is a native from Monaco, lived in Asia where he taught at the Alliance Francaise in Bangkok, Thailand and in Phnom Penh, Cambodia. He returned to the United State in 2004.
Thomas graduated from the Solvay Business School in Brussels, Belgium and from Emporia State University in Kansas. He taught French at the University as a Graduate Teaching assistant for 2 years and has been tutoring French for the past 6 years all ages and all level ( from 5 years to 60 years) .
Thomas has 15 years experiences has a trainer, developer and operation in Project Management, Health care and in the Chemical industry.
He speaks French and English.

Mother of two girls, Gabriella (grade 9) and Olivia (grade 7), Andrée is a native French speaker from Côte d’Ivoire. She has a bachelor’s degree in communications and advertising and a master’s in industrial engineering from École Supérieure des Ingénieurs Commerciaux/Afrique. She has been in the U.S. since 2001, and in this period she worked for Inlingua as a French instructor.  After beginning as tutor at the Lovett School in 2006, she has worked over the years as a substitute teacher for all 3 divisions: Lower School, Middle School, and Upper School. In 2019, she filled for a French teacher for a semester at the Trinity School. For many years Andrée served as Program Director of Manga African Dance, an African dance troupe, where she also has been a camp instructor in French and African arts for Metro Atlanta children since 2017.

Flavia Terradot-Quimbay is from Colombia. She studied in full immersion for 14 years at Lycée Français in Bogotá and graduated with a French Baccalauréat.
She worked for the French Embassy in Bogotá for 4 years at the Cultural Department and then left for France. She lived in Paris for a few years where she studied and became a Registered Nurse.
She has been living in the USA for 16 years and has been working at the International Charter School Atlanta as a second grade French teacher.
She has two wonderful teenagers Ilona (17) and Paul (15).

Alexandra Colin-Vansse is a native French speaker, born in Paris, France. She graduated from Pantheon-Sorbonne University in Paris with a Marketing and Communication Master degree and worked during 15 years for Communication and Advertising agencies as Publicis. During those years, she discovered her specific taste to train people. She is currently preparing the Daefle (Diplôme d'Aptitude à l'enseignement du Français Langue Étrangère)

She moved from France with her husband in 2014 and she is the mother of two daughters born in 2010 and 2015. Since she arrived in Atlanta, Alexandra has been privately teaching French to adults and kids and also taught French at Little Da Vinci School.

Djazia is a native of Algeria where she graduated from the University of Algiers. She lived many years in Paris and got her graduate certificate superior programs from the University of Paris - Diderot-Paris 7. She has been in the education system for 10 years as an instructor, and she is actually working in Cobb County School District in Marietta as a Special Ed assistant teacher in different classes (French, Spanish, Science and Math).

Fariza is a native of Algeria. She is a certified French Secondary school teacher who graduated from the Ecole Normale of Alger. She taught French for 10 years before coming to the United States. She is now a full time instructor at Cobb County School District. She has been teaching at Ecole du Samedi since 2004.

Christine is from Lyon, France. She has been teaching French for over 15 years, both adults and children, and truly enjoys every minute of it.
She moved to America at the age of 18 to be an au pair. She always wanted to travel the world and visited many different countries and still have quite a few on her bucket list. Languages have always been part of her life and she speaks French, English, Ukrainian, Polish and some Spanish.
She moved 7 years ago to the UK to be closer to her family in France and worked closely with children in a Catholic school. After her return in Atlanta she worked for Inlingua.
She has two children : Malèna (15) and Zoriana (11).

René obtained a graduate degree in Economics at "Université du Benin" in Togo before coming to the United States. After moving to Georgia he received his French teaching K-12 certification in 2003 from Kennesaw State University. He taught for several years at "La Promotion Secondary School" Togo, Atlanta Public Schools and Fulton County Schools. He now teaches French at the Lovett School (Upper School). He received a Master of Sciences in Instructional Design and Technology from Georgia State University in May 2013.

Nicole Aschenbroich is an experienced French language instructor and translator. She has over 15 years of experience in the areas of language training and intercultural communication. She worked as a French Language Instructor and Instruction Manager at Berlitz and Inlingua in Atlanta. She also worked as the Educational Director for the Alliance Française in Jacksonville, Florida.

Nicole Aschenbroich was born and raised in Lyon, France. She holds a degree in Psychology from the University Jean Moulin of Lyon. She studied Speech-Language Pathology at the University Claude Bernard of Lyon, with additional coursework in Public Relations/Communication.
Nicole lives in Atlanta. She is married and has 2 trilingual children.

Born in Nancy and raised in Paris, Maryse has lived and worked in more than seven countries and traveled to more than 50. She has taught and tutored French for more than 30 years at levels ranging from adult diplomats to elementary school children of various nationalities. She is active in the Junior diplomat student exchange program and was the US envoy to the French Olympic team to the Atlanta Games. She is a gourmet chef and collector of fine jewelry.